Coined the ‘Asia Century’ by experts, the 21st Century has so far seen many eastern economies growing in economic and political power. China is without a doubt one of the most notable, its economic prowess giving rise to the belief that the Middle Kingdom is poised to dominate the world financially and politically. No country is better placed to benefit from this than Australia; a nation with geography, history and trade on its side. At the heart of China-Australia relations stands the business, cultural and economic heart of Australia, and the location of our most recent Hutong School; Sydney. Following the launch of our new branch, we’ve put together our top reasons why you should study Chinese in Sydney.

1. A rising world power and language 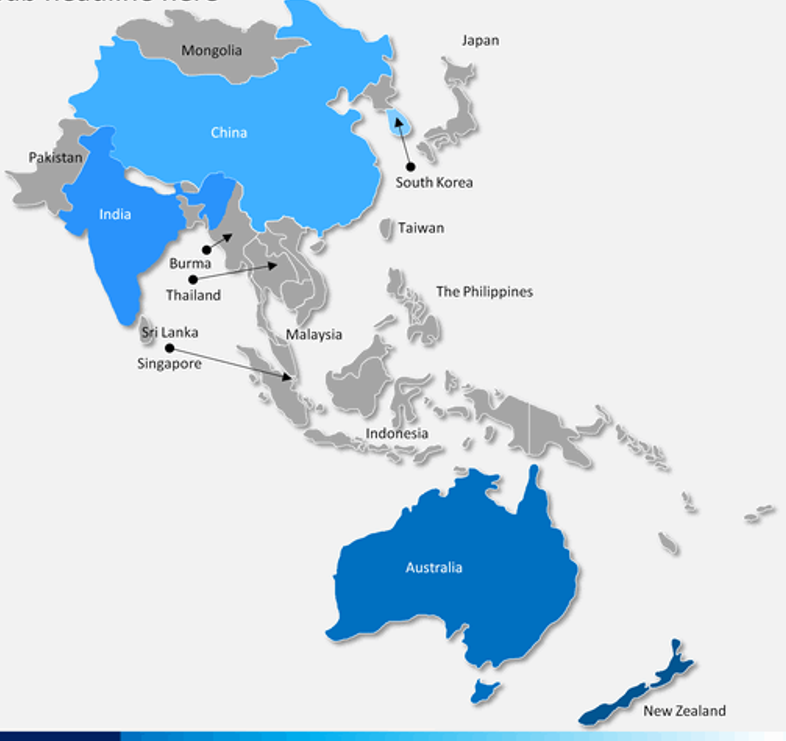 It’s no secret that China’s rapid economic growth is helping it become one of the world’s most influential global actors. Home to the world’s largest population and a rapidly expanding middle class with disposable income to spend, it’s no surprise that businesses all over the world are trying to tap into the Chinese market. Large companies such as Uber and eBay have tried and failed to crack this unique group of consumers, who have very different ideas when it comes to spending money.

As foreign businesses start to realise the only way to truly succeed in the Chinese market is to employ staff who understand the language, culture and values, job-seekers will need to be equipped to compete. This phenomenon hasn’t gone unnoticed by those working in Australian education; a handful of English-Mandarin bilingual schools are popping up across the country, giving young people the chance to learn authentic Mandarin from a native Chinese teacher in Sydney, Brisbane and Melbourne. While it’s important for Australia’s future prosperity to equip young generations, the need for this is present today, and it’s providing exciting opportunities for Sydney’s workforce.

Australia and China both belong to the Asia-Pacific business region, a region that consists of the whole of Asia and several countries on the Pacific ring. Owing to its economic strength, China is currently recognised as being the region’s second most powerful nation, falling closely behind the United States. Australia is strategically positioned to benefit from China’s rise, but only if more Australians learn Chinese.

As China shows no signs of slowing in its quest to become the most powerful economy in the Asia-Pacific, neighbouring countries are preparing for a ‘Chinese future’. Today, Chinese as a second language is on the rise in East Asian countries like South Korea and Thailand, as Mandarin rapidly overtakes English as the language of trade and diplomacy in the region. A largely mono-lingual workforce is simply not an option for Sydney, the nation’s economic hub. If it’s to compete with its neighbours and maintain relations with the regional ‘superpower’, it’s time for Sydneysiders of all ages to start learning the most widely spoken language in the world. 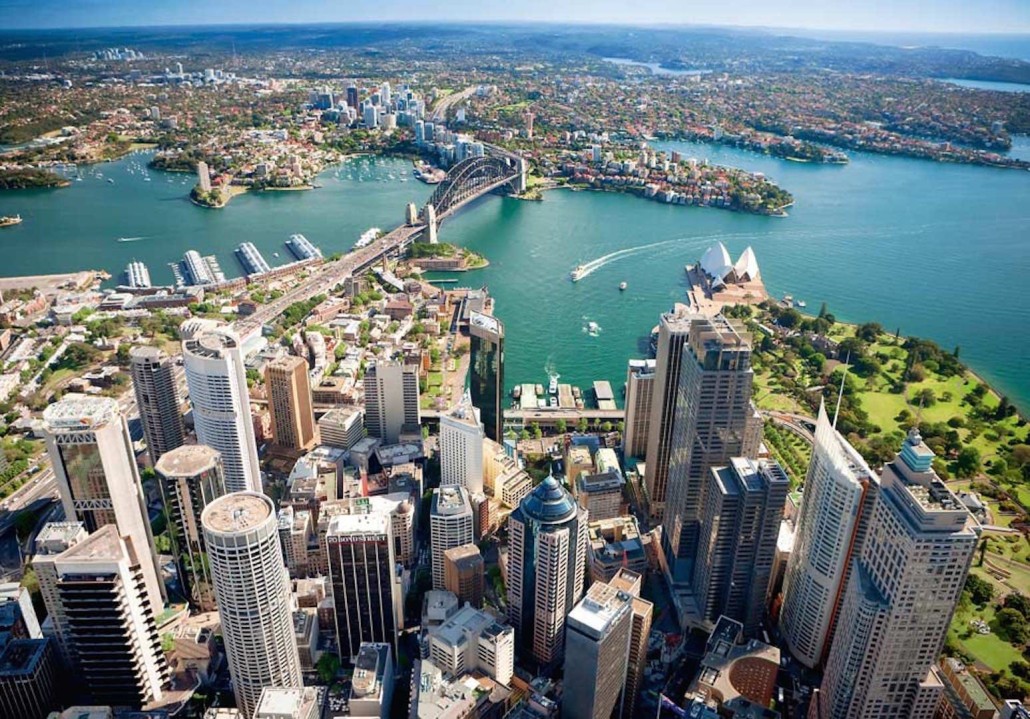 Since China overtook Japan as Australia’s largest trading partner, its economic stability has become largely dependent on the Middle Kingdom. A bilateral Free Trade Agreement, which has been in operation since late 2015 has helped facilitate trade and investment between the two countries. But though these links are strong, they can, and should be deepened.

As the leading hub of economic activity in the Asia-Pacific region, Sydney plays an important role in Australia-China trade relations. Serving as home to the Asia-Pacific headquarters of many large international companies, there is a growing need in Sydney for employees who speak and understand the Chinese language and culture. Even positions for which Mandarin isn’t a requirement, it’s certainly an advantage. Head of KPMG Australia’s China practice, Doug Ferguson states that the vast majority of his graduate intake speaks Mandarin. He sees the importance of establishing a workforce capable of building and maintaining business relationships, for which Chinese speakers are vital. As people begin to recognise this, the demand for Chinese classes in Sydney is on the rise, making now a better time than ever to start!

4. The large Chinese presence in Sydney

Sydney has been welcoming Chinese immigrants since the 19th Century, when the first Chinese born settler Mak Sai Ying arrived. Since then, the city has become one of the most diverse and multicultural in the world, with almost 45% of its residents born outside of Australia. Accounting for 3.8%, the Chinese community is the city’s third largest. Chinese shops, restaurants and nail salons are common features of Sydney’s streets, contributing to the diversity that defines the city.

Sydney’s large Chinese presence makes it one of the easiest places outside of the Middle Kingdom to learn Mandarin. If you study Chinese in Sydney, you’ll have the opportunity to practice your newly acquired language skills with native speakers and learn more about a community that has brought so much to the city.

The growing Chinese economy has given rise to a wealthier population, ever more eager to embark on overseas adventures. While domestic travel remains popular, an increasing number of Chinese people are venturing abroad in search of blue skies, pure air and pleasant temperatures. Since the two national governments declared the China-Australia year of tourism in 2017, the number of airline routes between Sydney and mainland China has boomed. Today, 8 Chinese and 2 Australian airlines operate direct routes between China and Australia, linking Sydney with 15 cities across the Middle Kingdom. 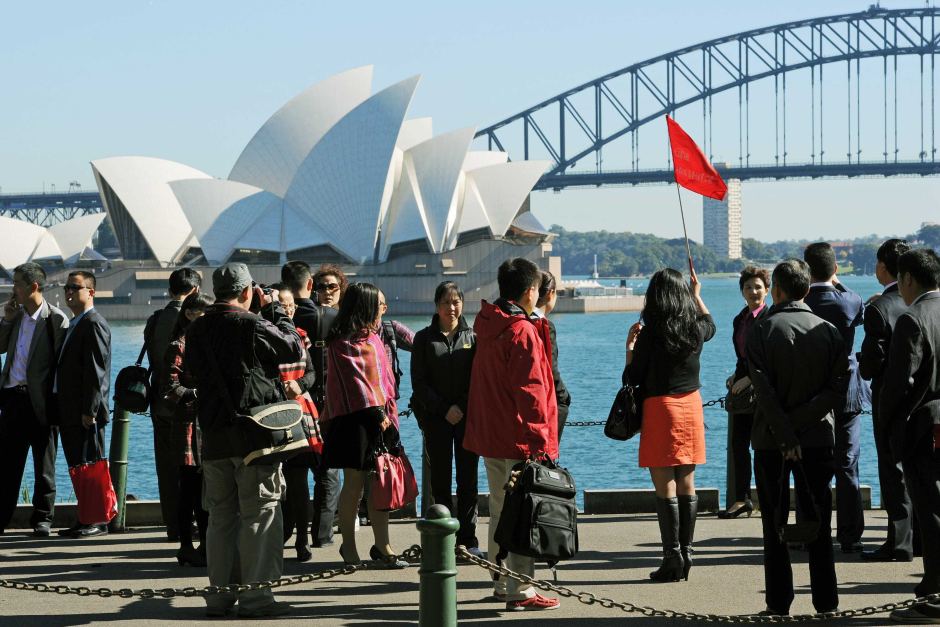 It comes as no surprise therefore, that the number of Chinese visitors pouring into New South Wales has been increasing year on year, boosting the local economy. But the Chinese tourist is vastly different to the average American, Brit or New Zealander Australia is used to welcoming. Chinese tourists bring with them a vastly different set of expectations, and key to understanding these are employees who can speak and understand Chinese culture and language. While most Chinese tourists don’t expect the locals to speak Mandarin, it’s vital to sustaining Australia as a popular destination.

As China’s economy goes from strength to strength, and the number of Chinese cities operating routes to Sydney grows, the need for people to study Mandarin in Sydney will only increase. 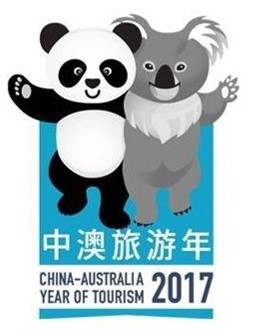 China is more accessible than ever before thanks to the numerous airlines connecting Sydney to several major Chinese cities. The past few years have seen an increasing number of Australians heading to the Middle Kingdom for work, to study or explore, curious to find out more about the home country of so many of their neighbours, colleagues and friends. The strong links between Sydney and China serve to benefit both nations, as well as individuals from them.

Even Australian’s who don’t have any business dealings with or plans to live in China will benefit from learning a few phrases ahead of a trip. Despite there being an increasing number of signposts and information in English, the standard of this often leaves much to be desired. By learning a few Chinese characters and phrases before your trip, you’ll find getting around far easier and more enjoyable! Take some tourist Mandarin classes with our team in Sydney, and you’ll appreciate it once you arrive!

Find a Chinese class in Sydney

If like us you recognise the growing need for Australians to study Chinese, get in touch with our team today. Whatever your level, our highly-qualified native Chinese teachers in Sydney will help you arrange a course to help you achieve your goals.