If you are planning to stay in Hangzhou for a relatively long period of time, you might want to buy yourself a rechargeable public transportation card available at any subway station. Alternatively, if you have a Chinese bank account, you can tap your bank card or use a third-party payment app such as Alipay or WeChat to use most forms of public transport. 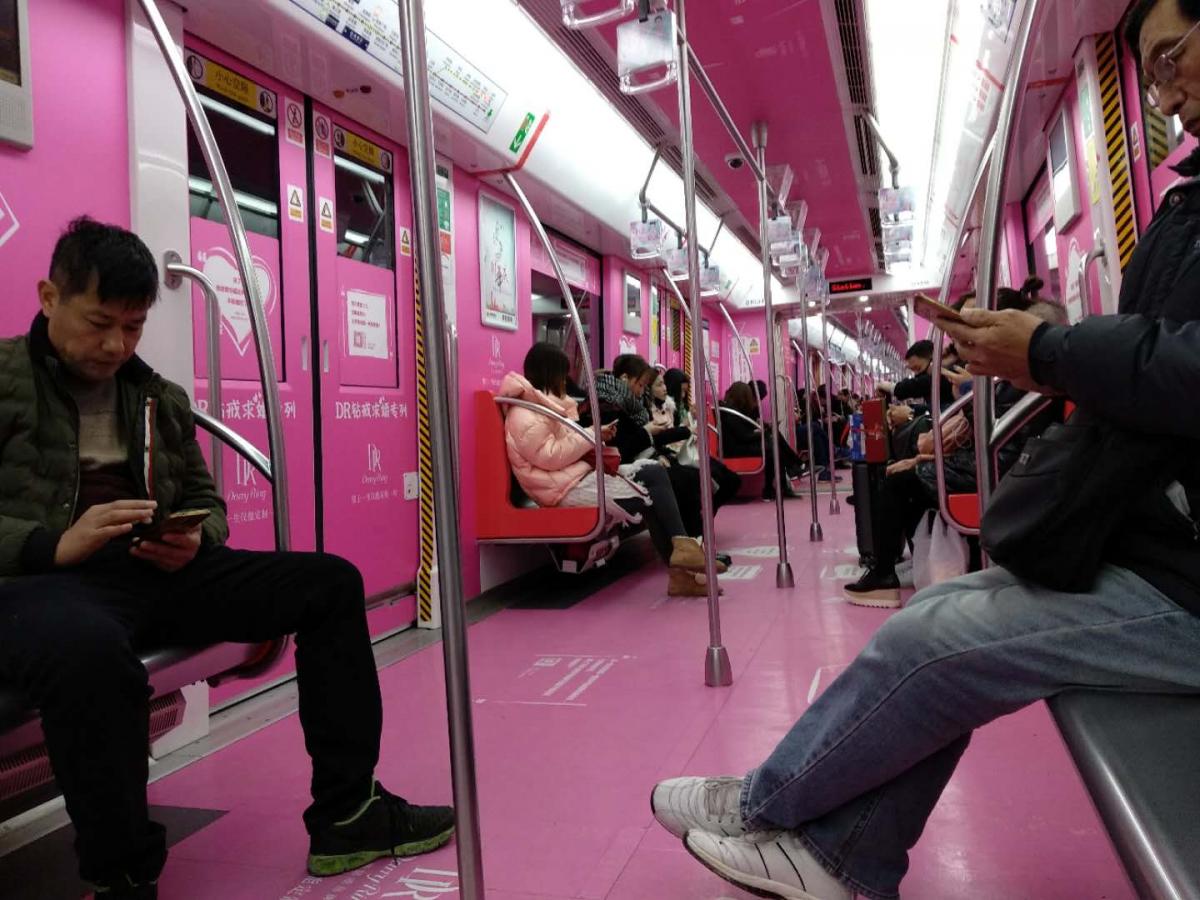 While Hangzhou may not yet have a subway network as large as Shanghai or Beijing’s, it is rapidly building new stations and the three lines currently open are very useful for getting to many of the most popular spots. Because of how new the Hangzhou metro is, stations are incredibly clean, carriages are wide and all signs and information are in Chinese and English. The subway is open from around 6AM-10.30PM. Tickets start at 2 CNY. 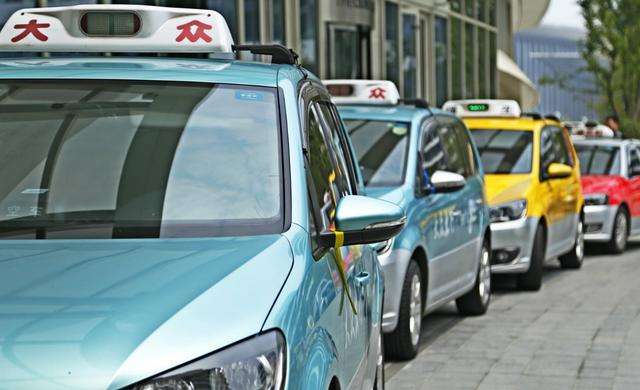 Taking a taxi is often the fastest way to get around Hangzhou. The vast majority of licensed taxis in Hangzhou are light blue and run on a meter. Do not take unmarked, unlicensed taxis as these will often try to charge much higher prices than regular taxis. Most drivers will not speak English so if you do not speak Chinese, you can show the driver an address written in Chinese characters or show them your required destination on a map app. If you need to claim expenses for your journey later, be sure to ask for a receipt (发票; fā piào). Licensed taxis start at 11 CNY and get more expensive at night.

Alternatively, you can also order cabs through apps such as Baidu Maps (百度地图; bǎi dù dì tú) or Didi (嘀嘀打车;dí dí dǎ chē). You can carpool, order licensed cabs or even choose the type of car that you want. Many drivers will call to confirm your location before their arrival though, so it is best that you are able to explain where you are in Chinese. Expect to pay a similar price using cab apps as you would with licensed taxis.

Hangzhou has countless bus lines that will take you to almost any part of the city. 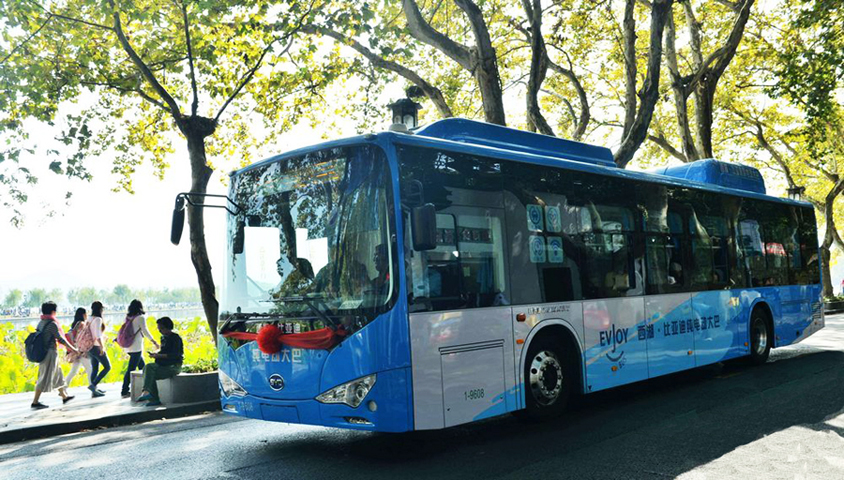 There are many types of public buses operating in Hangzhou. Prices for most start at 2 CNY and on many bus lines the price is the same no matter how far you travel. If you don’t have correct change, you can also pay with your bank card, Alipay or WeChat.

There are over 750 bus lines operating in Hangzhou so it is best to use a map app to decide which one to take.

Bicycle is a popular way to get around Hangzhou. Most larger streets have a separate lane for bikes and electric scooters so you rarely have to cycle alongside cars. However, drivers, both in cars and on scooters can be very fast and will not always follow the traffic laws so be careful. 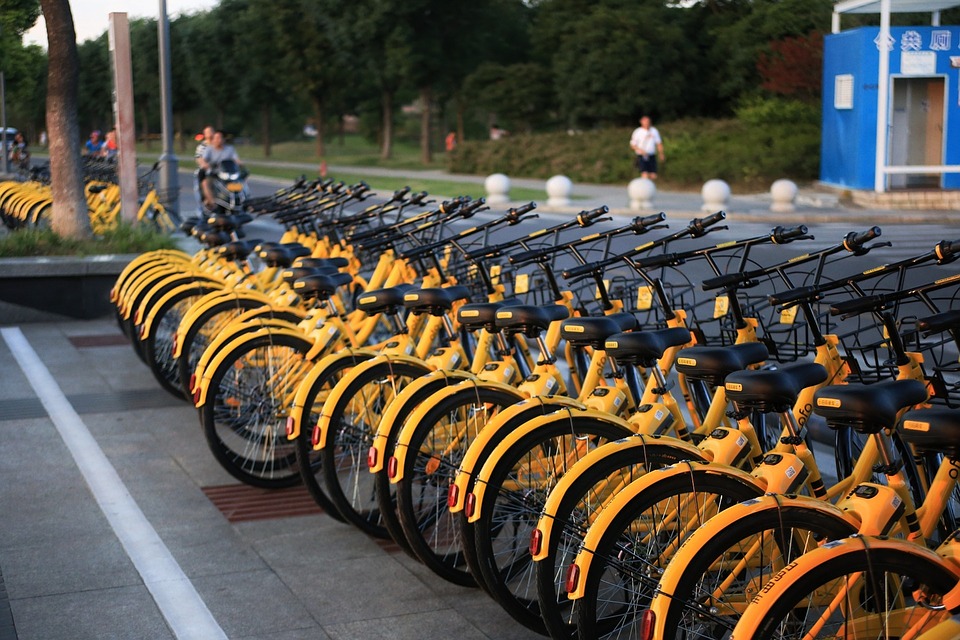 While it isn't expensive to buy your own bike, many local people nowadays choose to use bike-sharing apps, such as Mobike, Hellobike or Ofobike. After downloading a bike-sharing app and registering as a user, simply scan a bike’s QR code with your phone to unlock it. Rides start from 1 CNY per half hour but most apps also provide a subscription service. You may want to consider downloading two bike-sharing apps in case a bike belonging to one company is not available nearby.