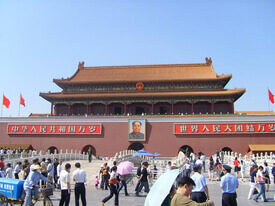 Beijing is a city that has served as the capital of China for over 800 years, which means there are a lot of things to see. Apart from the “must go” places, which cannot be left out of any guide book

, there are other things you should see if you're staying for a longer period of time.

The Forbidden City (故宫; Gùgōng): The Forbidden City, or The Palace Museum, was originally built in the Ming dynasty and rebuilt or extended several times since then. It served as the residence of the emperors of the Míng and Qīng dynasties. According to some sources, it is the largest palace complex, covering an area of some 74 hectares, measuring 960m length in north-south and 740m in east-west direction, with 9999 buildings inside the walls, which is also surrounded by a moat for extra protection. It is a part of the World Heritage since 1984, and definitely one of the most obvious “must see” sites in China.

The Palace Museum is located in the middle of the city, North of Tiananmen. It is possible to take the subway and get off at either Tiān’ānmén Dōng or Tiān’ānmén Xī, but the north gate is only a 15 minute bike ride from the Hutong School office. Admission is 20 CNY if you have a student card, and 60 CNY if you don’t. 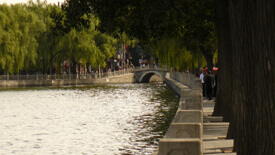 The Temple of Heaven (天坛; Tiāntán): The Temple of Heaven used to be the place where the emperors went to worship the Heaven, and has become a tourist symbol of China by now. According to the Chinese, the emperor had the “Mandate of Heaven”, which meant he got his power from Heaven, and the only thing that could take away his power was also the Heaven (which is what happened at the fall of the dynasties). Hence the only thing having more power than the emperor was the Heaven itself, that is why even the emperor had to worship and offer sacrifices for it. 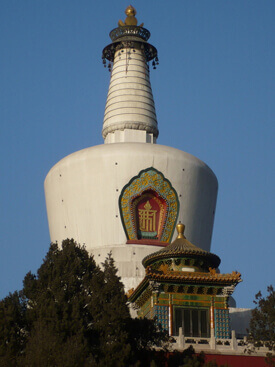 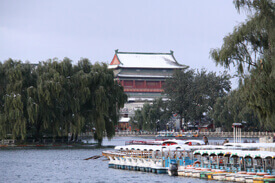 Want to see more of Beijing? Explore these Beijing pictures taken by one of our alumni students.