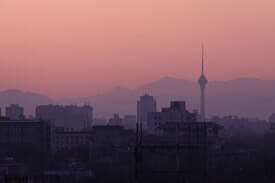 Sanlitun​ (三里屯; Sānlĭtún) is the most popular drinking and dancing area for foreigners in Beijing, and offers some bars on the North Street (the South Street was a much better and cheaper option, but has lately been demolished due to constructions). The eastern side of the street leading from Gōngtĭ bĕilù to Dōngzhíménwài dàjiē is lined up with more fancy bars, while the narrow hutongs on the west of the bar street offer a different style. The “Poachers Inn” is probably one of the most popular bars among foreigners in this area. 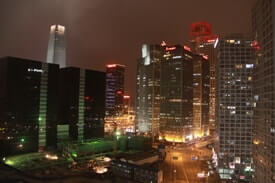 The Hòuhăi (后海) area also offers some more upmarket places, like the Buddha Bar, Buddha Bar 2, Buddha Bar 3 and so on (The Hutong School is not affiliated

with the owner of the Buddha Bars in any way, though he must be a nice person ;-). The area has a nice feel at night with the red lanterns and floating candles on the lake.

At the west side of Chaoyang Park (朝阳公园; Cháoyáng Gōngyuán) is a newer bar area with western restaurants and bars, and western prices. A modest meal goes for around 50 RMB, but if you really want to stuff yourself, prepare to pay over 100 RMB.

Near Hutong School Club Obiwan, a two-store building at the shore of Xihai Lake, offers a good combination of affordable drinks, great food and a nice atmosphere. They organise many events and it could be a perfect spot to hang out after a hard day. They are located a few hundred metres south of Jishuitan subway station.