I'll give you a little update on what I have done, basically visiting Shanghai! Firstly I'd like to point out I can't upload the pictures I make with my photo camera, because they are too heavy for this system, so you'll have to see those on my facebook/dropbox or wherever :).

Alright so I took the train from Beijing to Shanghai, it was very comfortable and nice, the ride lasted for about 5 hours. It went quite smoothly because they have plugs in the train so we were able to watch a movie. Also the scenes outsides were really nice to look at. We saw cities, mountains, fields, plains, villages, .... A lot of different things to see and to enjoy! They also offer free warm water in the train, so we were able to eat some noodles (kind of aiki noodles) we bought in the supermarket!

Upon arrival we went to the apartment of Delphine to drop off my luggage and then we went for some food. It was another nice typical chinese restaurant with delicious food! 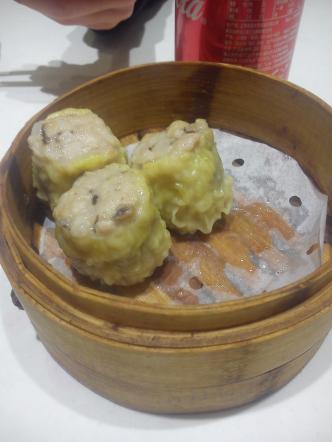 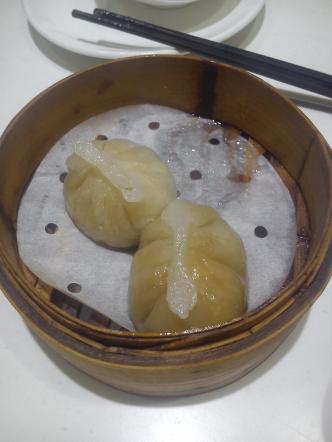 The rest of the evening we just chilled and watched some youtube.

The next day we went out to visit a bit of Shanghai. So we started our journey by going to an aquarium. It was very big (3 floors) and there were over 300 endangered species of fish in there. And an extreme amount of chinese people, which made it a struggle every time we wanted to go a bit closer to the fish ;-). After that we visited the Bund area, with the Finance Tower, Pearl Tower, ... It was very pretty and nice to see! 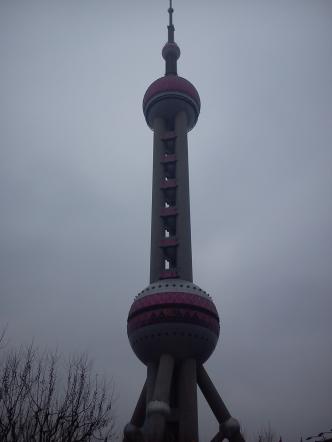 Next up we went to the Nanjing Road, some could compare it to the Meir in Antwerp.. but like 1000 times bigger and more impressive :D. They have everything and it's really cool to wander in it! I found myself a nice little M&Ms World and an Alienware store! Everything I  need! Later that evening we went for some food with a new guy I met (Yassin) and then we ended our day with the Bund by night! Impressive to see! 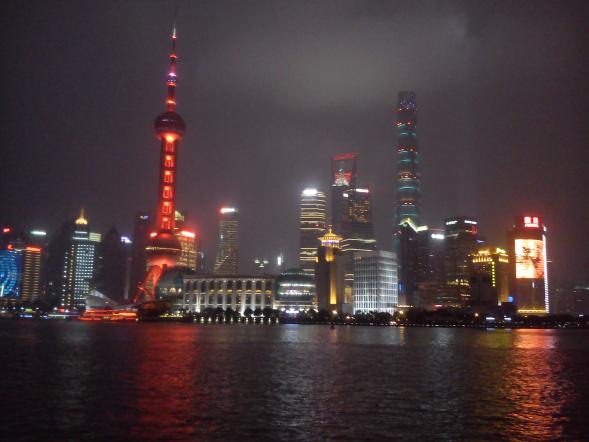 The next day we went to the Yu Gardens. This was really what I was looking for in China. The surroundings are all houses in some old chinese style, and the gardens themselves are very quiet and relaxed (romantic even). And that in the middle of the City! I really felt like I finally found what I came for in Shanghai! Here is a little sneakpeak: 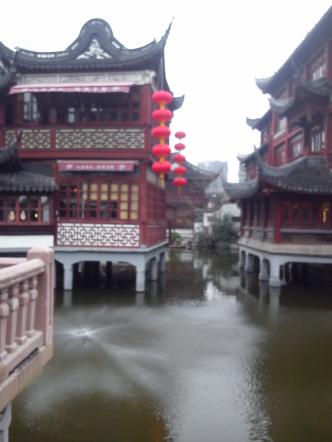 After that we wandered around in the little shops and I found some crazy geekshop where they sell pretty much everything a gamer wished for! From Pikachu to Dragan Balls, World of Warcraft to League of Legends, Naruto to Hello Kitty! Well you get the point, they had anything and everything!

The latter days have been a bit more quiet as Delphine had to go to work and I worked from her apartment. Also watched a couple of movies with her flatmate, Mayke, because we had some time to kill anyway :-D.

Ultimatly we went out a couple of times to some clubs. I can confidently say that you have never went out like this! Here's the concept:

They work with promotors. These are people who can get you in their clubs for free, get you to their VIP tables, Get you as many drinks for free as you'd like for the whole night, treat you with some gifts and give you the best night you could ever imagine. And why would they do that? Because we are foreigners! And rich chinese people in Shanghai buy VIP tables for a couple of thousand euro's per night just to see a lot of foreigners party! It is nuts. I got to drink champagne, Whiskey, Vodka, .... for free, all night long, while getting spoiled by shows and gifts! What more could you wish for?! Ah well, it was fun to do that whilst I was in Shanghai.

That's pretty much the core of my experiences in Shanghai. I am now back in Beijing and starting to work again from the office tomorrow. I hope you guys are all doing alright, and if you have some questions don't hesitate to contact me on facebook or skype!

I love you all,

see you in a bit!

P.S. I am really excited to go back to the office tomorrow as I am now fully working on my BI/PM event!

Things to look forwards to:

- Trip to Qingdao with my company.

- My sister and Loic coming over to visit China! I can't wait to see them!!